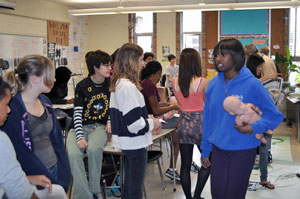 I read this article the other day when doing some research. And I couldn’t believe what I read.

“Once thought to be exceedingly rare, sudden cardiac death is far more prevalent among young athletes than previously believed, recent research has shown. In a policy statement published in the journal Pediatrics last month, the American Academy of Pediatrics estimated that 2,000 people under the age of 25 die from sudden cardiac arrest in the United States every year.”

“While it can strike those who are sedentary, the risk is up to three times greater in competitive athletes. According to some experts, a high school student dies of cardiac arrest as often as every three days,” according to Anahad O’Connor.

This article goes into more detail about the situation and what can be done to help remedy this problem.

But that one statistic really struck me: 2,000 people under the age of 25 die from sudden cardiac arrest in the United States every year.

That’s so crazy to me. And it got me thinking about our Student CPR program.

We’ve talked with lots of high school students who have already been in a situations where they, or loved ones, have used CPR to save someones’s life. (Just take a look at some of the videos from schools we’ve visited.)

But now, let’s make it personal: What about you, as a high school student? Would YOU know what to do if a classmate or teammate collapsed from cardiac arrest?

Statistics show that if CPR is administered within the first few minutes of cardiac arrest that the chance of survival is MUCH higher.

It’s easy to learn and is INVALUABLE.

Saving a life isn’t just for the paramedics or even the adults around you. Sometimes, there’s no one else around, except you. Will YOU know what to do if the opportunity comes up?

Don’t be afraid to step in and help. Saving just one life can cause a ripple effect that will impact more people than you will ever know.

YOU are a world-changer.